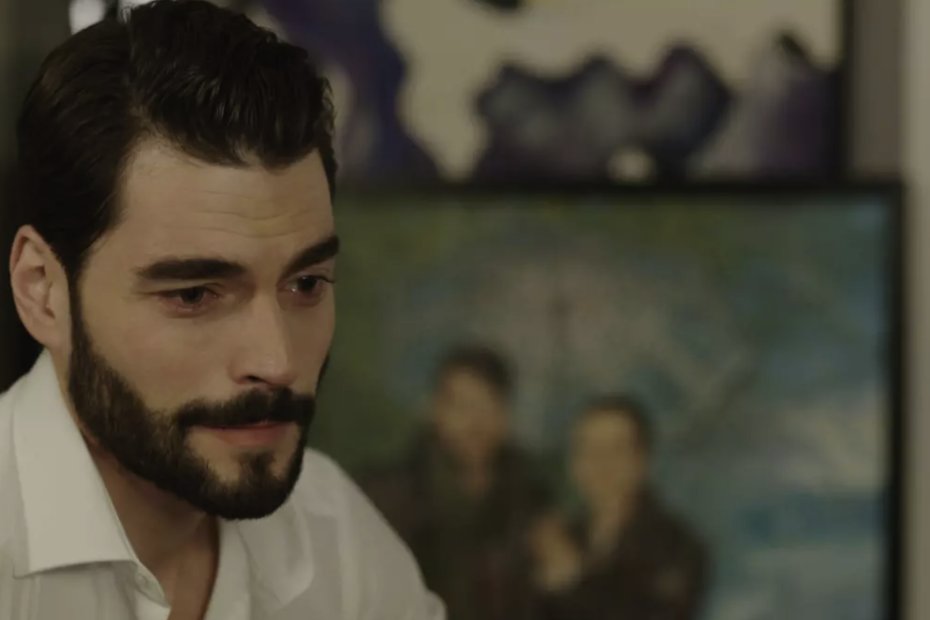 (This article was written in the Los Angeles Times EN ESPAÑOL. We have translated to English for our English speaking audiences.)

It is no secret to anyone that Turkish stories have managed to capture the attention of Hispanic audiences in the United States and that is why the Spanish-speaking American networks have continued to bet on them for their stellar programming.

The new series that hits the screen includes in its cast, in addition to Akin Akınözü, figures such as Öykü Karayel, Sarp Apak and Meriç Aral and tells the passionate story of Asiye (Karayel), whose world is shaken when her daughter is harassed by a neighbor. Being forced to try to rebuild their shattered lives, they meet a stranger, Mahir (Apak) who gives them refuge in the home of his powerful family. There, Asiye is shocked to find her ex-husband, Cemal (Akınözü), who had abandoned the family years before.

Asiye now faces the most difficult of dilemmas, as she must choose whether to return to Cemal, or start a new life with Mahir. In a mansion filled with romance, betrayal, and jealousy, Asiye must face a cruel fate and fight for her family’s happiness in this thrilling drama.

This intense and moving drama involves a story of love, forgiveness and redemption, where everyone has a secret and the chance to start over.

“I am excited to once again connect with the US Hispanic audience and for viewers to discover this powerful story of love and betrayal,” Akinözü said in a statement.

“Spectators will be captivated by this moving drama full of unexpected encounters,” added Akinözü, who once again leads a melodrama that will seek to take over the 10pm prime time slot.

1.- Akin Akinözü was born on September 22, 1990 in Ankara, Turkey under the zodiac sign of Virgo with a taste for art, sensitivity and obsessive curiosity to learn.

2.- The love for acting and art runs through his veins. His mother Özlem Akinözü, is a renowned actress with a great career and his paternal grandfather Sureyya Arin was one of the pioneering presenters of Turkish television on TRT (Turkish Radio and Television). His great-uncle Suha Arin is known as the “Father of Turkish Documentaries”.

3.- Before starting his acting career, he lived in the United States for six years. His odyssey began in Wisconsin, then moved to Los Angeles, and finally to Berkeley where he studied at the prestigious University of California Berkeley, graduating with a BA in Applied Mathematics.

4.- His fiery performance as Miran in Hercai : Amor y Venganza has been the most successful Turkish series on Telemundo and that character has won him several awards including: “Best Actor in a Drama Series” (in the twenty-fourth installment of the Golden Lens Awards from the Association of Magazine Journalists) and “Best Couple in a TV Series”, a category he shared with his co-star from Hercai, Ebru Şahin (Ayakli Gazete Ödülleri journalists 2020). In 2019 he was recognized as Best Male Actor and Mr. Nova 2019 in the second edition of the Nova Más Awards of the Spanish channel Nova de Atresmedia.

5.- Akin loves cinema and has enjoyed all genres from action dramas to romance and animated films like “The Lion King” during his childhood, and “Titanic” during his adolescence. When he saw “The Matrix” for the second time during his university studies, such was the impact that it inspired him to choose acting as his profession.

6.- Four years ago, he converted to veganism as a challenge, but in the process he switched to a pescatarian diet when he discovered that it was an optimal balance for his health.

7.- He is a hobby athlete with a background in gymnastics who currently practices mixed functional training with martial arts, and enjoys various sports including tennis, basketball, soccer, and swimming.

8.- Akin adores his dog Archie, an English setter that he considers his best friend.

9.- Part of his morning ritual is to drink Turkish coffee, and his favorite food is sushi.

10.- Favorite cologne is Terre D’Hermes and his favorite designer is Ralph Lauren.

No copyright infringement is intended by this translation. All rights belong to the Los Angeles Times En Espanol.