The two find each other at a majestic palace adorned with flowing colorful chiffon strips and plentiful food, where the two consummate their love. Unbeknownst to them a seemingly deadly scorpion follows Reyyan to the palace.

Hercai fans have been waiting two full seasons for this union, but the presence of the scorpion does not bode well for our lovers. This season’s teaser is reminiscent of the first season… shrouded in the same imagery and mystery. It seems to imply the continuation of a fairy tale. In season one the handsome but vengeful prince was shunned by his love, but this final season, after much suffering, it appears as though the prince will win his love back.

As beautiful as the two actors are, the true visual sensation is the setting against which the teaser is filmed. Standing proudly atop a Turkish bluff is the Ishak Pasha Palace, the place where our two lovers find each other again. The landscape around Ishak Pasha Palace is hauntingly beautiful and the area boasts views of Mount Ararat. The brilliant sun melding into a deep sapphire sky transports one to the time of the Ottomans, Persians, Arabs and Byzantines whose fascinating history is felt everywhere in this region.

Despite having been abandoned for years, the imposing palace manages to retain much of the opulence and grandeur of the Ottoman empire. Built over an entire century (1685-1785), the Middle Eastern-inspired arches and domes of the sprawling palace have survived for over 400 years. The palace sits near the Iranian border, in the Agri region of Turkey, which explains the heavily Persian influence of the architectural design. 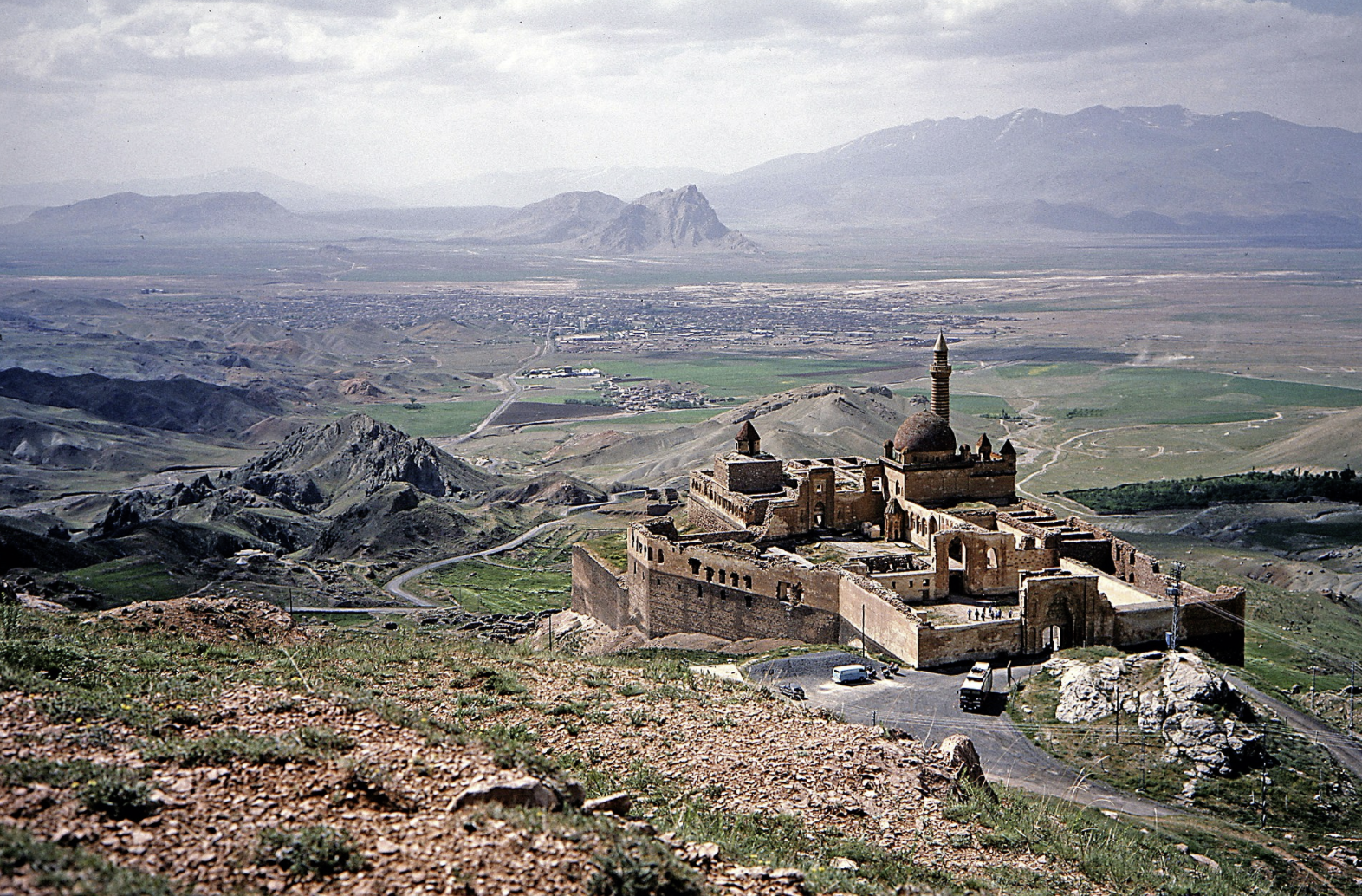 Ishak Pasha Palace is a complex which served as the second administrative campus after the Topkapı Palace in İstanbul. The two story palace has 366 rooms, each with its own stone fireplace. It is the last large monumental structure of the Ottoman Empire in the “Lale Devri” Period and one of the few examples of the historical Turkish palaces still surviving.

Hercai introduced the West to the awe inspiring architectural ruins of Goepekli Tepe in its first season, and now, in its third season, we are graced with the majesty of Ishak Pasha Palace.

*Note: Ishak Pasha Palace is on the tentative list to be considered for UNESCO World Heritage designation.

To see the comparison between first and third season teasers see the season 1 teaser below.

All photos and videos belong to their respective owners. No copyright infringement is intended.