Akin: People on the news interview 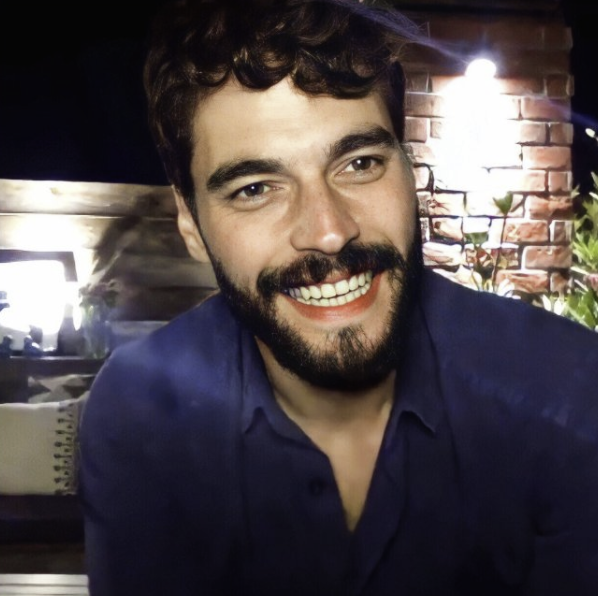 Akin Akinözü, his unknown side, what unites him with Latinos, his passion and much more …

Did you know that Akin Akinözü is about to graduate from Philosophy or that he is learning to speak Spanish or that he knows how to prepare Mexican sauce? Well, he himself confessed details that bring us closer to this Turkish actor who is conquering the whole world.

Talking with Akin Akinözü was a very unexpected and positive surprise since I must confess my ignorance about the boom that are the Turkish novels and series among Latinos. But fortunately I came across a human being who is eager to learn new things all the time, who delves into the different cultures that surround him, and who is always ready to enjoy life to the fullest.

The series in which he is the protagonist, Hercai, will arrive to Telemundo on June 22 and already this young man is creating a storm amongst his fans who are waiting to hear him in the language of Cervantes. What did we talk about? We even talked about how much weight he gained thanks to certain Latin food that he was a fan of in his college days.

Do you want to know more details? Don’t miss the video of our talk.

10 things you didn’t know about Akin Akinözü, protagonist of the successful Turkish series  Hercai: Love and revenge  premiering on Tuesday, June 22 at 9 pm/8C on Telemundo

1. Akin Akinözü was born on September 22, 1990 in Ankara, Turkey under the zodiac sign of Virgo, with a taste for art, sensitivity and an obsessive curiosity to learn.

2. The love of acting and art runs through his veins. His mother is the renowned veteran actress Özlem Akinözü, and his maternal grandfather, Sureyya Arin, was one of the pioneering Turkish television hosts on TRT (Turkish Radio and Television). His great-uncle, Suha Arin, is known as the “Father of Turkish Documentaries.”

3. Before starting his acting career, he lived in the United States for six years. His odyssey began in Wisconsin, then moved to Los Angeles, and finally to Berkeley where he studied at the prestigious University of California Berkeley, and graduated with a BA in Applied Mathematics.

4. His fiery performance as Miran has earned him several awards including: “Best Actor in a Dramatic Series” (at the 24th installment of the Golden Lens Awards from the Association of Magazine Journalists) and “Best Couple in a TV Series” , a category he shared with his Hercai co-star, Ebru Şahin (Ayakli Gazete Ödülleri journalists 2020). In 2019 he was recognized as Best Actor in the second edition of the Nova Más Awards of the Spanish channel Nova de Atresmedia.

5. Akin loves movies and has enjoyed all genres. From action dramas, romance and animated films such as “The Lion King” during his childhood, “Titanic” during his adolescence and “The Matrix”, which he saw for the second time while at university, and the impact on him was such that It inspired him to choose acting as his profession.

6. Four years ago he turned to veganism as a personal challenge, but switched to a pescetarian diet after discovering that it is an optimal balance for his health.

7. He is a hobby athlete with gymnastics experience. He currently practices mixed functional training with martial arts and enjoys various sports including tennis, basketball, soccer, and swimming.

8. Akin adores his dog Archie, an English setter that he considers his best friend.

9. Part of his morning ritual is drinking Turkish coffee and his favorite food is sushi.

10. His favorite cologne is Terre D’Hermes and his favorite designer is Ralph Lauren.

1 thought on “Akin: People on the news interview”